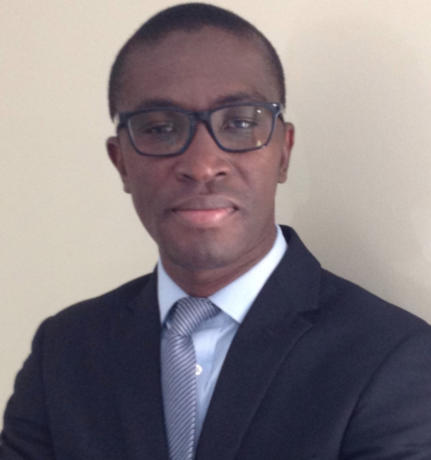 A Bayesian analysis of the impact of post-crash care on road mortality in Sub-Saharan African countries (with Wonmongo Lacina Soro), IATTS Research 43(3),140-146 (2017).

Working papers
1. "Impact of armed conflicts on child welfare in Côte d'Ivoire" (Job Market Paper).
Abstract: Civilian populations, including children, are often caught in the crossfire during armed conflicts. Children are also victims and often forced perpetrators of atrocities, which has lifelong consequences on their wellbeing as well as implications for intergenerational transmission of poverty and the achievement of Sustainable Development Goals. This study builds on previous work on the microeconomic effects of armed conflicts on children, in line with the fetal origins hypothesis to investigate the effects of early life shocks on child health. Unlike past studies in Côte d’Ivoire that addressed the 2002-2007 civil conflicts, this study examines the impact of armed conflicts on child welfare focusing on the 2010-2011 post-electoral violence. It uses the 2011/2012 DHS surveys and data from the Armed Conflict Location and Event Database (ACLED) on the exact location and timing of conflicts. The empirical evidence shows that conflict significantly reduces the height-for-age z-score of exposed children compared to their non-exposed counterparts. Both children born before and during the war are impacted. Moreover, the results suggest that child welfare is negatively affected by conflict intensity, while the presence of UN peacekeepers might mitigate the negative effects of conflict on child welfare.

2. "Maternal exposure to conflicts and birth outcomes in Côte d'Ivoire."
Abstract: Inadequate birth weight has been shown to plague both developed and developing countries with lifelong consequences on children’s economic outcomes. In line with the growing literature on the relationship between intrauterine exposure to shocks and birth outcomes, this study examines the effect of armed conflicts on birth weight in Côte d’Ivoire. The focus is on the 2010-2011 post-electoral violence using the 2011-2012 Demographic and Health Survey (DHS) survey from Côte d’Ivoire and the Armed Conflict Location and Event Database (ACLED) documenting the timing and location of conflict events. The empirical results show that armed conflicts reduce the birth weight of new-born children who were in-utero during the conflict period, and increase the probability among exposed pregnant women of giving birth to a child weighing less than 2500 grams at birth. In addition, the study gives evidence that the impact of conflict on birth weight is significant for exposure early in pregnancy compared to the later stage of pregnancy. The study also suggests that maternal prenatal care and nutritional intake are possible mechanisms through which the effect of conflict on birth weight might be attenuated.